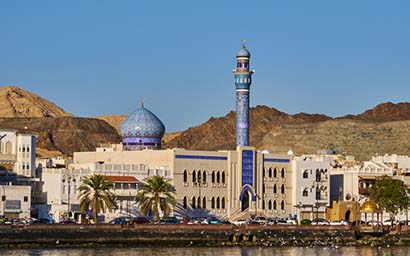 Oman and Bahrain, two high-yielding Gulf Cooperation Council (GCC) countries, present compelling growth opportunities, writes Daniel Wood of William Blair Investment Management. Each being high energy exporters with high beta to global growth, through growing tourism industries, means these markets have the potential to outperform current market conditions. Oman
While Oman’s debt has increased because of fiscal looseness exacerbated by the Covid-19 pandemic, authorities have established what we believe is a credible plan to address this deterioration under a new sultan. Sultan Haitham seems to understand the challenges and is willing to address them in a meaningful way. Specifically, he has signed off on a fiscal consolidation path. Although implementation risks remain, the International Monetary Fund (IMF) recently visited Oman, and its report echoes our positive stance. The IMF’s analysis cited Oman’s ambitious medium-term adjustment plan and broad public-sector reforms, including measures to increase revenues (via a value-added tax), raise taxes for high earners, and expand the excise tax base. Oman’s plan also addresses expenditures by containing civil service wages, targeting energy subsidies in a more focused way, and streamlining capital expenditures.  There will also be a consolidation of Oman’s sovereign wealth fund and reforms of its state-owned enterprises, which have drained its country’s budget. The country’s circumstances primarily drive these reforms – three-quarters of Oman’s debt stock comes from external borrowing, so foreign sentiment is more critical to Oman than other countries in the region. Bahrain
Although Bahrain adopted a similar fiscal plan to Oman, that plan has fallen off track and there appears to be no further proposal on how to restart it again. Regional support is therefore essential. Bahrain is still receiving the benefits of grants and 0% loans from the region and intends to return to fiscal balance by 2022. However, due to the pandemic and fiscal looseness, Bahrain appears a long way from achieving that goal. 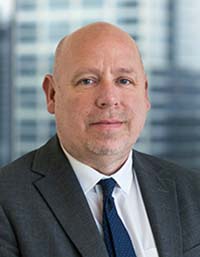 It may even need an additional bailout. Plans have been drawn up to facilitate post-economic recovery in Bahrain, which would allow the government to withdraw US$450 million from the Future Generations Fund. While this will help plug the fiscal deficit somewhat, any support will likely to come with increased requirements for more reform. However, we are encouraged by Bahrain’s swift vaccine deployment, which should help offset the negative impact of Covid-19 on the economy and speed the return of tourism. Issuance largely finished, positioning light
Both Oman and Bahrain returned to the capital markets in the first quarter of 2021, issuing $3.25 billion and $2 billion respectively across three maturities. The new issues were well received by investors and in both cases, spreads are currently trading close to tights since issuance. Although Oman may decide again to issue later in 2021, this is likely to be more tactical following the country recently securing a $2.2 billion loan from a consortium of international banks, adding to market confidence in its ability to self-finance. For Bahrain, we expect up to $2 billion in additional issuance in 2021, some of which may come in the form of sukuk, an Islamic financial certificate, like a bond in Western finance. This is likely to be easily absorbed by the market. Although market positioning in Oman has increased in recent months to reflect the improvement in fundamentals, we do not believe the market is heavily overweight, and there is likely room for investors to add further on market weakness. In contrast, positioning in Bahrain is the lightest in the region, with investors taking a significant underweight exposure on the back of the high and rising debt stock. The relatively light positioning should also help shield Oman and Bahrain credit from any outflows, should they materialise. ESG properties
Oman has progressed relative to peers on the rule of law, control of corruption, and government effectiveness. Oman also scores well in nutrition and basic medical care, water, sanitation, and shelter. There is progress in Bahrain too. In 2020 Bahrain issued ESG reporting guidelines for companies listed on its domestic stock exchange and from 2022, all energy used at the Formula 1 Grand Prix will come from sustainable energy sources. However, Oman lags its regional peers on personal rights, inclusiveness, and environmental performance, and it would be good to see further improvements here. In terms of valuations, this is also less compelling for the country. Oman now trades through Bahrain, which has not been as aggressive in its fiscal consolidation path. Oman has also tightened significantly against higher-rated regional credits, such as Saudi Arabia and Qatar, whereas Bahrain has room for further spread tightening. However, both countries appear inexpensive relative to other high-beta oil exporters outside the region, such as Nigeria. Recent activity
In recent weeks, we have been further encouraged by Oman’s response to early signs of domestic unrest about the fiscal reform programme. Its newly created job creation plan targets employment in both the public and private sector – which is also affordable and will not throw the fiscal adjustment off track. This was followed by the issuance of a $1.75 billion 10-year sukuk bond that was hugely oversubscribed in the primary market and traded well in the secondary market. These underline Oman’s credibility, and the country’s reform effort has been welcomed by investors. Ultimately, top-down global macro conditions appear supportive of risk assets. Oman and Bahrain merit consideration as overweight positions in our portfolios, having assessed the case for high-yielding GCC markets by looking at fundamentals, technicals, valuations and sustainability. Daniel Wood is a portfolio manager in the emerging market debt team at William Blair Investment Management © 2021 funds global mena