IRAN INTERVIEW: Getting in quick 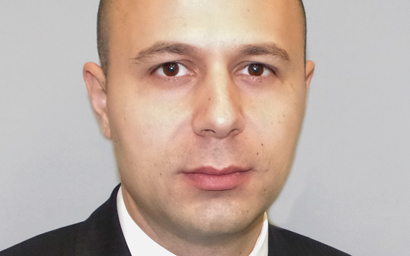 Foreigners are said to account for just 0.5% of ownership on Iranâs stock market, but that could soon change if companies such as Griffon Capital have their way. George Mitton talks to Payam Malayeri, its head of asset management. Taken in isolation, the numbers are compelling. The average stock listed in Iran trades at five-and-a-half times its earnings, while the comparable figure for most emerging markets is more than ten. That’s an equity analyst’s way of telling you the stock market is cheap – very cheap. But will it stay cheap for long? In January, the main index of the Tehran Stock Exchange rose 15%. Most of that gain came after January 16, the date at which an alliance of world nations agreed to lift sanctions that, among other things, prevented foreign investment into the country. Iranians, who currently account for almost all equity ownership in the country – an estimated 99.5%, according to Payam Malayeri of Griffon Capital – were clearly betting on an economic boom. So far, they have been rewarded. Can foreign investors share in the economic rewards too? CAGED BIRD
As head of asset management at Griffon Capital, a Tehran-based investment firm, Malayeri is hoping to play a role in channelling foreign capital into the country. The company is in the midst of launching its first Iranian equity fund, targeting investors in Europe and the Gulf, and aims to raise as much as €100 million ($110 million) in its first year. Malayeri’s pitch goes something like this. Like a peacock in a cage, Iran’s economy has been imprisoned by years of sanctions. Now that the cage is – partially – opened, the bird is ready to flutter its plumage to a global market that’s ready for feathers. OK, those are my words and not his. Nevertheless, the message is the same: Invest now, while valuations are cheap.  “Earnings are only going to improve,” he says. The figures are certainly eye-catching. Iran is not an equity backwater with only a handful of available stocks. In fact, there are more than 300 actively traded stocks in the country. The country has two exchanges, the Tehran Stock Exchange and the smaller Fara Bourse, which together have a market capitalisation of more than $90 billion. If Iran were to enter the MSCI Frontier Market index, it would overtake Kuwait to be the largest constituent. CHECKLIST
But, crucially, deploying money into Iran is not a straightforward matter. One complication is that a number of individuals and organisations in the country remain under sanctions that have not been lifted. It remains illegal to transfer funds to any of 87 listed individuals and one entity in Iran who were identified as responsible for grave human rights violations by the European Union in 2011, for instance. Ensuring Griffon’s fund doesn’t unwittingly invest in a company with links to a sanctioned individual is not easy, given that many Iranian companies have complex conglomerate structures. It is especially tricky given that members of Iran’s Revolutionary Guards have become shareholders in many businesses. Malayeri is aware of the risks and says Griffon Capital has devised “a comprehensive sanctions-compliance checklist” in association with its lawyers, Herbert Smith Freehills, which its equity analysts will apply to every potential investment. He says the years of experience of the firm’s Iranian staff – Griffon Capital employs about 20 people in Tehran, spread across its asset management and private equity divisions – will help in picking through the web of subsidiaries and conglomerates to ensure compliance with sanctions. He admits it is a difficult task, though. When it comes to investing foreign money in Iran, he says, “the barriers to entry are high”. Another complication is that, unlike the European Union, the US has not actually lifted its sanctions on Iran, only suspended them. As a result, Griffon Capital is avoiding American clients altogether. As its website sternly states: “No investments will be accepted from US persons.” CUSTODY
Another problem with investing money into Iran concerns custody. Now sanctions are lifted, Iranian financial institutions can reconnect to the Swift settlement system, meaning foreigners can buy stocks again. However, no major global custodian is active in the country, and that will alarm many foreign investors. The Central Securities Depository of Iran will provide custody to Griffon’s fund. Malayeri says the arrangement is reliable and that his firm has high level of confidence in the clearing, settlement and transfer infrastructure in Iran, which he says is akin to developed markets. However, he admits that a lack of foreign custodians will hold back the growth of foreign participation in the market. “Connecting Iran’s infrastructure to the outside, in terms of sub-custodians and so on, will come in time,” he says. “For the largest custody institutions, with links directly to the US capital markets, it will take more time.” APPETITE
What is the demand for Iran-focused equity funds? It remains to be seen. To many Westerners, Iran calls to mind images of the Ayatollah Khomeini, covert nuclear facilities and angry mobs burning the American flag. Countering this reputation will make the job of pitching Iran funds harder. But Iran is clearly a misunderstood nation. And for those investors who can see the opportunity, there is the potential for great rewards, even if it does require investing in some rather confusing conglomerates and the risk of being joint shareholders with some unsavoury characters. “Iran is a country that appears to be a frontier market but is actually ahead of most emerging markets on some measures,” says Malayeri. “Foreigners coming to the market for the first time will find complex holding companies with many subsidiaries. It was the same when South Africa came back into global markets. However, with time, foreign investment, training for domestic managers and more transparency, companies will streamline. They will have better incentives to unwind some of these structures. This is part of the opportunity. The market will become more efficient.” ©2016 funds global mena