The Gulf and beyond 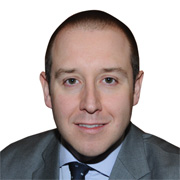 Two years ago Gulf Finance House launched a fund management division. Alan Chalmers talks to Alan Durrant, who heads it, about opportunities in infrastructure â and even UK property.

While foreign investment managers look at business opportunities in the Gulf, GFH Asset Management is a Gulf manager expanding in the UK and Europe by appealing to Sharia investors there. It is the sub-adviser for a top performing equity fund sold by the UK’s Insynergy Investment Management.


Gulf Finance House is an Islamic bank specialising in infrastructure projects in the Middle East and North Africa (Mena). It is behind a number of huge developments centred on energy and other sectors. These include Energy Cities in Qatar, Libya and Kazakhstan, which are homes for players in the hydrocarbon market. It is also behind Bahrain Financial Harbour.


These projects formed the basis of Gulf Finance House’s investment banking business. Durrant says: “Going to royal families and governments and saying we can create a whole new financial city with thousands of white and blue collar jobs that will keep the population employed for generations to come is really quite a compelling story.”


The asset management operation subsequently flowed out of this business using some of the cash that those projects generated.

Business model
Durrant says the launch of a fund manager made sense for the bank due to its business model. “Asset management is quite a different model. Firstly, it can fill a lot of niches that capture a different part of the investor’s wallet.


“We would not expect any investor to put all of their wealth into infrastructure projects. There will be people who also want to have money in cash, money in real estate, equities, and in sukuks, etc.”


Durrant says GFH Asset Management has “a very broad pallet” in terms of what it aims to invest in.


“UK property has fallen down a mine shaft over the last two years. There are real fundamental reasons why UK property should have fallen, but in many cases we have seen the baby thrown out with the bath water. There are terrific buildings that are in great locations with excellent tenants on long leases, so there is very little wrong with that particular asset. But because it is UK commercial property, because people are desperate to get out of it, the price has fallen 40%.


“Big institutional sellers, the people that run pensions funds, life funds and unit trusts, they have just been told to sell. The trustees  say it doesn’t matter what price you sell at, you are coming out now.


“On the other side you have got the very highly geared private speculators who borrowed cheap money three years ago and now the banks want the money back.


“So we are able to buy very good quality buildings on yields of 8% to 8.5%, and that is attractive.”