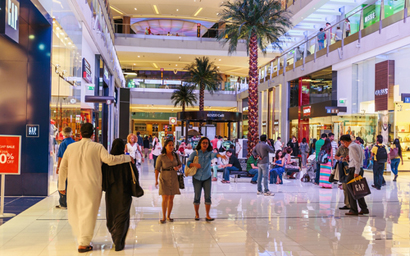 Majid Al Futtaim, which develops and operates shopping malls, has listed its second sukuk in Dubai in a sign that corporates are deepening the market for Islamic fixed income.

Sukuk, a sharia-compliant investment instrument that mimics a bond, have traditionally been the preserve of government-related entities and banks. Dubai has sought to make itself a hub for listing the instruments as part of drive to develop its Islamic finance industry.

Majid Al Futtaim's new listing, worth $500 million, follows a $400 million sukuk listing on the same exchange in 2013. The firm says the money raised will help it expand in new markets in the MENA region.

Alain Bejjani, chief executive, says the listing on Nasdaq Dubai, "enhances our sukuk's visibility to regional as well as global investors and provides us with an efficient regulatory framework that operates to global standards".

The Majid Al Futtaim listing brings the total value of sukuk listings on Nasdaq Dubai to more than $13 billion this year.

Earlier this year, analysis of indices by S&P found that the value of the sukuk market in the MENA region rose 14% in the first ten months of the year, while the value of the region's conventional bond market increased just 1% in the same period.