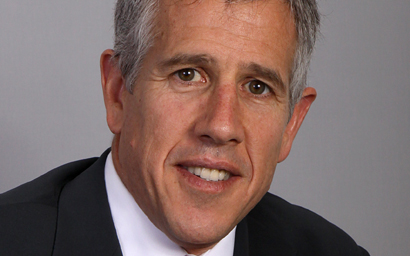 Index funds are so different from actively managed funds they could be considered banking products, says the chief executive of Investec, a South Africa-based asset manager with$101 billion under management.

Not only that but the market for these kinds of funds, which include exchange-traded funds (ETFs), has been captured by a small number of mainly US-based players, he said, meaning there is little for his firm to gain in the passive market.

He added: "The passive game has been won. The guys who won in the US are going to win globally. Game set and match. Blackrock is well established around the world."

Du Toit said ETFs and other passive funds are useful in multi-asset portfolios but defended the value of active management, which is what his firm mainly offers.

The Investec chief, who joined the firm in 1991, also explained why his firm has yet to open a branch in China.

"We will never own less than half a business," he said, a reference to China's recently eased policy of preventing foreign financial firms being majority shareholders in onshore businesses. "We don't like 100% of the trouble for less than half the equity."

Du Toit affirmed his belief in China's importance, however, drawing a comparison with America's emergence as the world's largest economy.

"If you were in Scotland in the 1870s when the investment trust industry was invented and you stayed there because it was too risky to expose yourself to the US, you'd probably still sit in Scotland today and run £4-5 billion. But look at the large managers that grew in the US. I think China is the last opportunity of this kind on earth. It's generating so much investable money. You can't miss it."