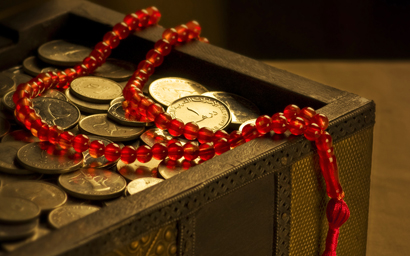 Sukuk accounted for almost 40% of bonds issued in major Islamic economies in the first quarter, the highest proportion in the past eight years.

Combined sukuk issuance in the Gulf Cooperation Council, Malaysia, Indonesia, Turkey, Singapore and Pakistan was more than $11 billion in the three-month period, found the research by ratings agency Fitch Ratings.

"The data reinforces a trend of gradually increasing use of sharia-compliant borrowing as more countries create legal frameworks to support issuance and as issuers attempt to attract a broader investor base, including Islamic finance investors," said Fitch, in a statement.

Sovereign and supranational entities such as the Indonesian government and the Islamic Development Bank were the largest issuers in the first quarter. The ratings agency says these entities will remain the dominant issuers, though banks and corporates could play more of a role as low oil prices continue to dry up banks' liquidity.