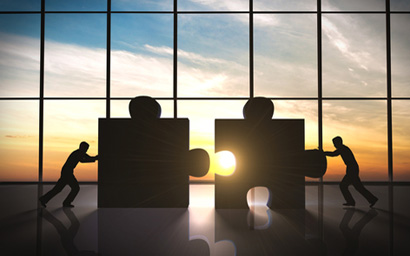 The reverse takeover of Dubai-based Shuaa Capital by Abu Dhabi Financial Group (ADFG) has been agreed after the former’s board gave its approval. The deal will see shareholders of investment firm ADFG assume 58% of the combined entity and Shuaa capital shareholders take on the remaining 42%. The new company will retain its listing on the Dubai Financial Market but will be rebranded as ADFG. It will have more than $12.8 billion of assets under management, the vast majority ($11.5 billion) of which will come from ADFG. ADFG’s chief executive Jassim Alseddiqi will lead the new company. "We believe that there is a compelling investment proposition to establish a regional financial services powerhouse by bringing together two market leaders in their respective areas," he said. While the respective boards have agreed the deal, it is still subject to regulatory and shareholder approval. Should that be granted, the transaction is expected to close in the third quarter of 2019. ©2019 funds global mena