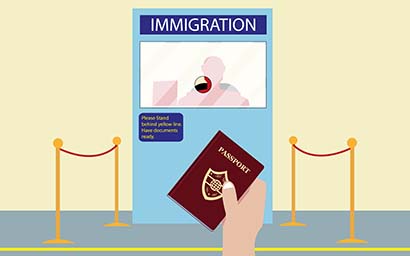 Following the UAE’s recent reforms of foreign ownership and visa rules, Bahrain is considering extending its own residency rules. State news agency BNA reported that the Minister of Interior has been instructed to prepare a draft edict to create a new self-sponsorship residency permit for foreign investors that would be valid for ten years. Foreign residents in Bahrain are currently granted short-term visas through their employers that permit up to a three-year stay. The 2014 drop in oil prices has led oil-dependent Gulf states to accelerate efforts to diversify their economies, sparking a competition among them for foreign investment. Several countries in the region are extending the length of visas and amending foreign ownership rules. In August, Qatar approved a draft law to allow permanent residence to some foreigners while in May the UAE approved a move to grant residency visas of up to ten years and allow 100% foreign ownership of local businesses. ©2018 funds global mena