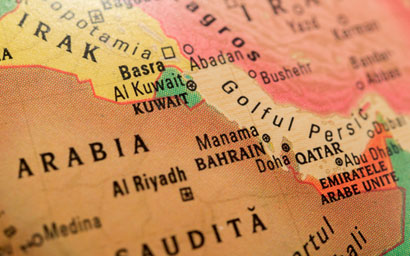 The GCC member states have announced plans for “an integrated programme that will soon be announced to enable the Kingdom of Bahrain to support its economic reforms and fiscal stability”. Bahrain’s slow response to falling oil prices and diminishing cash reserves has seen government debt increase markedly in the last three years, from 44% of GDP at the end of 2014 to nearly 90% by the end of 2017. Saudi Arabia, Kuwait and the UAE were forced to act after Bahrain’s sovereign credit spreads rose to a level not seen since the financial crisis. Details of the financial aid programme have not been revealed but the move has been cautiously welcomed by rating agencies. According to Fitch, the rescue plan will ease near-term external financing pressure but any long-term improvement in Bahrain’s financial position will be dependent on the scale and nature of GCC support as well as Bahrain’s ability to implement economic reform. Meanwhile Moody’s added that the GCC’s financial commitment would support Bahrain’s sovereign credit profile if it includes “clear conditions and modality of provision” and if it is flexible enough to “ensure that funds can be tapped in the case of prolonged impaired market access”. ©2018 funds global mena