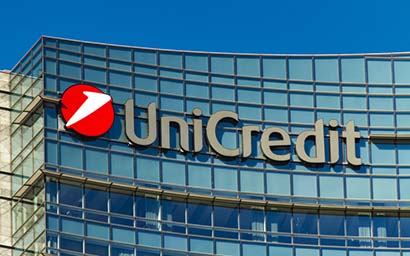 Abu Dhabi sovereign wealth fund has reduced its holding in Italian bank UniCredit by more than half. A filing by Italy’s market regulator showed that the stake was cut from 4.99% to just over 2% in late December. The sold stake was valued at around €850 million based on the closing share price. Mubadala made its investment in Unicredit back in 2010 as part of a strategy to diversify Abu Dhabi’s assets away from oil-based revenues. But in the last few months it has been selling off a number of its overseas investments. This move was signalled back in October when group chief executive Khaldoon Al Mubarak told delegates at an investment conference in Riyadh that the wealth fund was planning to sell off some of its mature assets in order to focus more on the technology sector. “We are monetising assets that we feel have reached the stage of maturity… We are also shifting to new areas of life sciences, biotech and agri,” he said. ©2020 funds global mena