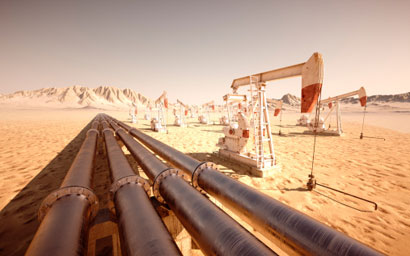 Qatar, the world’s largest exporter of liquefied natural gas (LNG), is set to withdraw from Opec after more than 60 years as a member of the oil cartel. The country has been embroiled in a diplomatic dispute for more than a year with its neighbouring states and has been subjected to a trade and travel embargo. But Qatar’s oil minister, Saad al-Kaabi who was appointed as part of a ministerial reshuffle in November, has insisted that the decision is not linked to the ongoing political tension but is instead linked to its desire to focus more on gas production. Qatar is one of the smallest oil producers in Opec, pumping 609,000 barrels a day. However it is looking to boost is LNG production from 77 million to 110 million tonnes a year. While not everyone is convinced that the decision to leave Opec is unconnected to the political dispute, it is unlikely to have a big effect on Opec’s output. Analysts have also played down the potential impact on Qatar’s credit rating, according to ‘’Qatar’s reliance on LNG means that OPEC’s decisions on oil supply and their implications for oil prices will continue to have an indirect impact on Qatar’s government and export revenue,” said Alexander Perjessy, Vice-President- Senior Analyst at Moody’s. “For Qatar to no longer be part of these decisions will not change the sensitivity of its credit metrics to oil price fluctuations.” ©2018 funds global mena