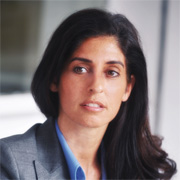 Not many fund management firms symbolise the flow of foreign capital into the Gulf in the way that ING Investment Management does. ING IM is notable because the Netherlands-based business has a fund management team permanently in the region.

Governments see overseas firms with people present on the ground doing business in the Gulf as a valuable resource in helping to build a skill set in financial services and capital markets.

But as Gulf authorities seek foreign investment managers to huddle around their stock markets in Dubai, Abu Dhabi, Qatar and elsewhere, the region’s policymakers also have to contend with pressure to change capital market practices. This is seen most vividly in the repeated decision by MSCI, the indices manufacturer, to not upgrade Qatar and the United Arab Emirates to emerging market status until certain requirements are met.

For investors, an issue closer to hand than the technical questions of market infrastructure that occupy MSCI’s time has been the transparency of the corporate world, such as the huge Middle Eastern banks and real estate firms. At ING IM, Farah Foustok, CEO & CIO of its Dubai-based Middle East & Africa business, has a front-row seat to observe change.

“A few years ago it was difficult to speak to the management of a public company that you might consider investing in. These days international brokers organise conferences for senior officials from companies to meet with investors, they hold investor road shows and are generally more receptive to the investor community,” Foustok says. “Transparency still needs to improve, though.”

Best practice
Foustok - who has contributed to thinking on best practices within the Dubai Financial Services Authority - also says there have been improvements within the investment management industry over the past six years since she joined ING IM.

“Many investors from outside the region are concerned about operational risks regarding some local fund managers, because a number of them still use internal administration, which is not best practice,” says Foustok. “Many also use their own brokers and this is not always in the best interests of clients.

“However, to give credit to the regional industry, we have not seen any asset manager in the last few years mis-using client funds, or forced to close, or whose senior management was investigated, which is what we saw happen in the US during the crisis.”

She adds, though, that regional managers must improve operational efficiencies and governance because this will subsequently raise industry standards and attract international capital.

Raising assets
ING IM, which is owned by ING Group, a financial services conglomerate, may help the region to gain experience and skills (its global technology and operating model is also applied to the Gulf region). But what has the region given ING?

In theory its local presence should make it easier for the firm to raise local assets. ING IM’s basic numbers include $45 million in assets for its Mena fund. The rest of the assets under management raised from the Mena region are in segregated mandates, though a specific figure was not disclosed. Together with the fund, the assets under management for Foustok’s office are over $1.5 billion, she says, which includes funds raised locally but invested in other ING funds, as well as funds raised internationally but invested in the Middle East and North Africa.

To put this into some perspective the asset management business of Dubai-based Arqaam Capital, an investment bank, had $100 million under management in 2011 invested in Mena and emerging markets. EFG Hermes Emirates, also part of an investment bank and which has a performance record going back to 1994, has $1.5 billion in Mena equities out of $3.3 billion for all assets under management, excluding private equity.

Perhaps the biggest reward the region has made to ING in return for its local presence is Foustok and her team, who came from NBD Investment Bank. She arrived in 2007 with the team joining in 2008. The business launched its Mena fund in December 2008 with $5 million of seed money.

The challenge of Mena equities
Foustok makes Mena public equities sound challenging for long-term investors. For a start, there is volatility to contend with, driven largely by retail investors.

“Mena markets are over 70% retail money, and these investors are not led by fundamentals usually, but by headlines,” she says. “Greece defaulting does not have anything directly to do with fundamentals in the Mena region, but it still affects these markets.”

There is also a lack of analyst coverage, making it difficult to find investment opportunities beyond the huge financials and real estate sector – though, again in theory, ING IM’s local presence should help fill gaps in sector research that overseas managers would find harder to plug.

“Diversification is needed. Currently financials represent approximately 40% of the Mena market cap,” says Foustok. “Investment opportunities are more difficult to find in public equity markets due to there being 1,430 listed companies in the Middle East through 11 countries, but only 25% of them are covered by third-party research.”

Investors globally who are currently looking at high-dividend paying companies for yield, may be surprised to find certain Mena companies might look right in that kind of portfolio.

Foustok says: “In general, average dividend yields in the Mena region exceed those in the emerging and developed markets. In 2011 the higher dividend payers were thebanks, with average yields between 7-9%.”

Diversifiers
Given the challenges in public equities, it is understandable if many sophisticated investors in the region have historically leaned towards private equity. Foustok says the attractions of the sector for investors include the ability to see value steadily created over the long term and not sabotaged by volatility. But she points out that liquidity is of increasing importance since the financial crisis and this is causing a degree of change, with benefits for fixed income.

She notes, too, that conservative institutions are diversifying into emerging asset classes and alternatives.

Whether it’s about investment trends or best practices, observing change in Mena markets is an interesting activity, and Foustok is one of many observers that looks with anticipation at Saudi Arabia.

“The markets here have come a long way and a structural shift could occur this year with the potential opening of the Saudi equity market,” she says.

This will have a personal resonance for Foustok, who is half Palestinian and half Saudi Arabian.