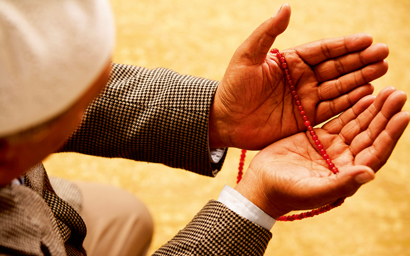 In 2015, sharia-compliant funds suffered their worst sales in four years. Some blame a lack of innovation for the poor growth of the sector. Sharmila Devi reports.

The Middle East is traditionally seen as a core market for Islamic finance, so the recent poor performance in the region’s stock markets has been a constraint on the sector’s growth.

Despite some bright spots, such as the increasingly accessible Saudi Arabian market, many challenges remain, including a shortage of Islamic investment instruments and concerns over standardisation and interpretation of scholarly rulings in different jurisdictions.

In light of the difficult year faced by the Islamic finance sector in 2015, what can investors and fund companies expect in the coming 12 months?

INDICES
The Dow Jones Islamic Market World index ended last year down 2.2% and the S&P Global BMI Shariah was down 1.7%. Compared to conventional indices, this performance was not bad. Both indices outperformed their conventional counterparts by around two percentage points.

Yet sharia-compliant funds nevertheless suffered their worst sales in four years. Just $584 million was invested in sharia-compliant funds globally last year, compared with almost $2.4 billion in 2014, according to research firm Morningstar. Such figures are sobering for the $60 billion Islamic fund industry, which, as recently as 2013, was growing at a rate of 10% a year.

According to Harris Irfan, author of the book Heaven’s Bankers: Inside the Hidden World of Islamic Finance, banks are partly to blame for the lack of appetite for Islamic finance.

“Innovation is not happening the way it was a few years ago because the big multinational banks have retrenched their R&D departments and their Islamic finance experts, so there is relative stagnation,” says Irfan, who is managing director and head of investment banking at investment firm Rasmala.

Irfan says more commitment is needed to raise the assets held in Islamic funds, which represent a tiny fraction of overall assets managed by the funds industry. Asset managers may also need to broaden their Islamic product ranges, which are often “narrow and parochial, lacking choice, diversification and quality”, according to a Rasmala report that Irfan co-wrote.

No one would dispute that there is a lot of room for growth. The Islamic pension industry makes up just one-thousandth of one percent of the $27 trillion of pension fund assets globally, according to the report, called ‘Dubai: Global Hub for Islamic Finance’.

“By diverting 20% of instruments in existing regional pension funds into sharia-compliant funds, $36 billion would be added to the global Islamic asset management industry, spurring rapid innovation and enabling Dubai to capture the market and transform its Islamic finance industry,” said the report.

STANDARDS
One reason often given for the slow growth of the Islamic finance industry is the lack of standardisation of Islamic instruments. Malaysia leads the market for sharia-compliant bonds, known as sukuk, with $164 billion worth issued in 2014, representing more than 60% of the overall market. But analysts say investors in the Gulf are cautious of investing in Malaysian sukuk because they believe issuers have followed interpretations of Islamic law that are too liberal.

Would global standards be a benefit to the Islamic investment industry? Not necessarily, says Franklin Templeton, which recently issued a paper on developments in Islamic finance and regulation.

According to the paper, the investment firm does not believe in “uniformity of interpretation, regulation and standardisation, which can be stifling to the innovation needed to see continued growth and development”.

Mohieddine Kronfol, the firm’s chief investment officer for global sukuk and MENA fixed income, says the firm takes a contrarian view on common standards because it believes the objective may be unattainable.

“You should be careful what you wish for,” he says.

The firm does believe guidelines should be used to help the industry expand, however. It is working on a sukuk rulebook with the aim of allowing the sharia boards of potential customers or the customers themselves to make an informed choice about whether to invest.

Kronfol adds that there are some reasons for optimism for the industry, despite the obstacles it faces.

“In the GCC, the regulatory environment remains somewhat challenging and Islamic finance remains concentrated in the hands of Islamic banks.

“There’s just not enough non-bank players and that is a handicap,” says Kronfol.

“But in the long term, there is real demand at the retail level and the whole ecosystem continues to grow, so we see the positive momentum persisting.”

SOCIAL INVESTMENT
A potential spur to demand for Islamic investment is the need to support social infrastructure in the Middle East. Hatim El Tahir, director of the Deloitte Middle East Islamic Finance Knowledge Centre in Bahrain, says Islamic banks have an opportunity to make productive investments. “Social unrest is increasing the pressure to focus on these areas,” he says.

El Tahir says education, healthcare and agriculture are three sectors where long-term regional investment is needed. “Investors here can be over-conservative and over-cautious and there is a real need for new asset classes and strategies,” he adds.

As an example of progress, he refers to Kuwait Finance House, which is studying how to expand financing to small and medium-sized companies to help reduce unemployment.

The crossover between the principles of Islamic finance and the principles of environmental, social and governance (ESG) investment is another promising area for the industry, says Gerald Ambrose, chief executive of Aberdeen Islamic Asset Management, the group’s Islamic fund management unit in Malaysia.

However, Ambrose fears it will be difficult to maintain the growth seen in Islamic finance over the past ten years, given the many challenges, including the low oil price and a lack of liquidity.

“One of the impediments we have is that stocks go in and out of our fund on a quarterly basis depending on if their gearing goes above a certain level [thereby breaching Islamic principles],” he says.

“But there is one other positive factor for Islamic finance in 2016 and that is the emergence of Iran as a market for sharia investment and, perhaps more importantly, a source of funds now that international trade sanctions are being lifted.”