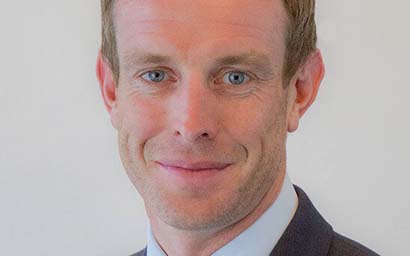 In 2016, global consulting firm PWC forecast the emergence of five global ‘megatrends’ in the next two decades. Stephen Anderson, its Middle East clients and markets leader, talks about their impact today with Romil Patel. Since the turn of the century, the Middle East has developed megacities on a vast scale, cementing its position as an international financial, business and tourist hub. Consequently, regional and global trends have combined and evolved at a staggering pace, bringing both significant growth and challenges. The megatrends identified by consultancy PwC in a 2016 report included demographic and social change, a shift in economic power from West to East, rapid urbanisation, climate change, resource scarcity and technological breakthroughs. These were summed up in the acronym ADAPT: asymmetry, disruption, age, populism and trust. While global wealth grew by an estimated 66% between 1995 and 2014, according to a World Bank report, a growing economic disparity exists. In fact, 42 people own the same amount of wealth as the bottom 3.7 billion people combined, a study by Oxfam revealed in January this year. To put asymmetry into perspective, you would have to go back to the time of the moguls in India to find the same levels of wealth concentration, PwC said in 2017. In addition to this, 60% of the national population of Gulf Cooperation Council (GCC) countries are under 30; youth unemployment in the MENA region is among the highest in the world, at 28%; and populism and nationalism are growing globally as people lose faith in trust in institutions. Taken together, these megatrends present significant challenges and opportunities for a region that depends heavily on oil – a source of revenue that can no longer be relied upon entirely. Powerhouse
“If you look at megatrends through a Middle East lens, you see all of those things, but on steroids,” says Stephen Anderson, PwC’s Middle East clients and markets leader. “We’re at the centre of those savvy trade flows between South Asia, Africa, the Middle East, South America – we’re right in the middle of that shifting power from West to East.” In addition, the MENA region has been identified as a “hotspot of unsustainable water use”, and its consumption is forecast to grow by a third by 2030. The urban population is set to increase by 1,500 people a day for the next 35 years, meaning cities need to grow accordingly, and technology is booming. Young Saudis are particularly active on Twitter, reflecting a huge interest in technology – yet e-commerce accounts for just 2% of retail sales, compared to 15% in developed markets. Over the past two years, Anderson has been in conversation with regional governments and working with investors, enabling him to track key changes. So, what are they? Welcome to the future
“They’re not 20-year trends, they’re all happening now,” says Anderson. “They are manifesting themselves now and fund managers need absolutely need to take these into account as they’re investing today.” As well as the usual considerations (ticket size, sectors, geographical spread and so on), investors need to ask themselves whether a particular investment is viable, given that the megatrends are in place today. Take growing wealth inequality, for example. PwC’s latest update on megatrends showed that more than 13 million Saudis – the squeezed middle class, in other words – applied for support from the Citizen Account benefits scheme. “In retail, we’re seeing value discounts is doing very well, we’re seeing certain luxury brands doing quite well too, but the entities in the middle – your high street brands, etc – are doing very badly. So, your first thing is looking at how I play in that asymmetry,” says Anderson. This leads to investor questions around disruption, particularly from a technology standpoint. Before investing in a company, investors need to ask, for example, whether the industry can become obsolete and if the business model can easily be replicated. Youth boom
Age is the next critical filter, as it is partially dictating the pace of transformation. “If I’m looking at Middle East investments, I’ve got a booming youth bulge coming through. So, to what extent are my products and services relevant to that particular demographic? At a relatively small level, I’ve also got a growing ageing population,” says Anderson. There will have been a significant shift in the age pyramid by 2050, with elderly nationals making up 20% of the GCC population, as opposed to 2% today, the report shows. The challenge and opportunities then will be in finding sustainable ways to handle pensions and address healthcare issues in the Middle East and North Africa. The region already has more than 39 million people with diabetes – a figure that is projected to rise to 67 million by 2045, according to the International Diabetes Federation. “That’s storing up huge challenges,” says Anderson. “The whole saving for the next generation, pensions, healthcare, health insurance, all of those things, given they are effectively brand new markets.” When fund managers weigh up their allocations, megatrends such as the convergence of industries add a whole new dimension to the decision-making process. “You’ll find banks and telcos competing all around these trends,” says Anderson. What is clear is that these megatrends play a role in both the immediate and longer-term investment horizons of investors. If the balance of GDP in the world shifts further east, it is highly likely that investment will follow, and that the wealth will go on rising as populations grow. ©2018 funds global mena