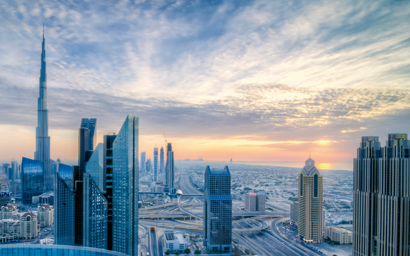 A haka, a power-station-turned-housing-development in London and a scathing critique of âCold War thinkingâ were just some of the surprises at the Middle East FundForum conference. George Mitton reports.

The FundForum MENA conference began, surprisingly, with a haka. The traditional Maori dance, popularised by the New Zealand rugby team, was performed by Roger Allen of MENA Capital, who chaired the opening sessions. Much of the audience seemed mystified by his ice-breaker. Presumably they don’t watch rugby.

Another incongruous item was a large stand from the development company behind the Battersea Power Station project in London. Had the firm come a month too late for Cityscape, the annual real estate conference in Dubai?

No mistake, we were told. Neither was the project looking for investors. It was already fully funded. The reason for the showcase was to raise brand awareness, apparently. Well, we presume those luxury apartments will need to find tenants from somewhere...

ETFS AND ITUNES
The first long talk of the conference was from Gregory Perdon of Arbuthnot Latham, who tackled the question of why, if the economic outlook for the world is improving, 12 of the 15 major central banks have not raised interest rates. The strong dollar is one problem, he said, another concern is low liquidity in the secondary bond markets. Perhaps the key issue is inflation, or the lack of it. The conclusion? Don’t expect central banks, including the US Federal Reserve, to raise rates any time soon.

There followed a panel featuring Barb McKenzie of Principal Global Investors and Tina Byles Williams of FIS Group. Byles Williams had an interesting perspective on exchange-traded funds (ETFs), which are becoming increasingly popular, especially among young and savvy investors, because they are cheap and transparent.

“ETFs are the iTunes of investment,” she said. “They empower people to build their own portfolio. I don’t say this rejoicingly. The way iTunes disrupted the music production industry is the way ETFs will probably disrupt us.”

The next session discussed global opportunities for equity pickers. Peter Elam Håkansson from East Capital explained why his firm is the second-largest shareholder in Aeroflot. The Russian airline is modernising its fleet with the goal of becoming a world-class carrier and stands to benefit as a rising number of Russians take ‘staycations’ – and more domestic flights – due to financial exclusion elsewhere.

Kristof Bulkai of Liontrust Asset Management explained his particular interest: alternative energy. He hopes China will announce a roll-out of solar power in its next five-year plan, which will lead to a huge boost in solar development. “And if the government announces it, it will happen. China is not a democracy,” he says.

BEWARE FLOODING
A session by MR Raghu of the Kuwait Financial Centre brought in-depth discussion of a subject on everyone’s mind – oil. He explained the fall in the oil price at the end of 2014 was one of only six of comparable intensity in the past 30 years, and was one of the deepest.

For the oil-producing countries in the Gulf, things could get worse soon, thanks to the return of Iranian oil to global markets once sanctions are lifted, which many expect to happen next year. Raghu offered little comfort here. “We estimate they [the Iranians] may flood the market,” he says.

Shale oil production in the US is often blamed for the recent fall in the oil price. However, Raghu warns it is not only drillers in Dakota that are exploiting formerly inaccessible reserves. “Unconventional sources are spread all over the world, not just confined to one spot. You may get surprises from other places.”

Much is uncertain. Perhaps the low oil price will eventually push shale producers out of business, as Saudi Arabia seems to have gambled. Many shale producers have borrowed heavily, are earning no return on their capital, and have distressed balance sheets. On the other hand, some shale producers are rapidly bringing down their cost of extraction. The question of the long-term viability of shale oil is still in doubt.

MULTIPOLARITY
One of the most interesting talks of the conference came from John Hulsman, life member of the US Council on Foreign Relations. After lamenting the tendency of many older members of the council to persist in “Cold War thinking”, which views the globe as divided between two superpowers, Hulsman advanced his own theory – that the world has entered a period of “multipolarity” that has been inadequately studied.

The US is still the dominant power, though as its recent experience in the Middle East shows, it is not strong enough to achieve what it wants by itself. “Everything we do in the Middle East fails,” he says. “Iraq: we go all in, fails. Libya: we go half in, it fails. Syria: we stay out, it fails.”

The other four or five major powers, though weaker than the US, are still strong enough to complicate matters on the ground, as Russia’s alliance with Syria has shown in the civil war there. The only solution, says Hulsman, is “stop playing chequers and start playing chess. Ground ourselves in knowledge about local history. The predominant thing that matters is local.”

DON’T PANIC
The second day began with a topic whose importance is finally beginning to be understood by the asset management industry – digital technology. Lars Hamberg of Afam Funds discussed how asset managers can use data to help them predict customer needs and market to their clients. He asked why fund firms aren’t already doing more to understand the end investor.

“Asset management is the only industry where the regulator has to force companies to know their clients,” he says. “In other industries is it natural to do that.”

The conference continued with a panel discussion about Saudi Arabia, which has attracted attention lately due to its size and its economy’s reliance on oil. Karine Kheirallah of Falcon Private Bank says changes are needed. “If they don’t do fiscal reforms, Saudi will continue to face challenges,” she says.

Hamood Al-Tuwaijri, a board member of several Saudi companies, disagreed with the idea that Saudis should panic, however. “The situation is not as alarming as being publicised. The foreign reserves for Saudi Arabia are huge. That will buy us three to five years. There isn’t the sense of alarm I’m hearing at this conference.”

Meanwhile, Nick Greenwood of the Royal Borough of Windsor and Maidenhead pension fund says he would invest in Saudi stocks, despite concerns about oil, though he would do so selectively. “Are there companies listed on the Saudi exchange whose business is largely unaffected by the oil price? Certainly. I wouldn’t invest on a passive basis because I have no idea where the market is going, but on an active basis, yes.”

WINNING THE WAR
Another panel was notable because of its high-profile guests. A delegation introduced by Elixir Securities Pakistan included the chairman of Pakistan National Bank and the managing director of the Karachi Stock Exchange. It also included Muhammad Zubair, chairman of the privatisation group of the Pakistani ministry of finance.

Zubair admitted Pakistan’s economic growth has been limited in recent years by power outages and by militancy, but he claimed both will end soon. “This menace of militancy in the next months and years will no longer be the case,” he said. “We are winning this war.”

As the oil price stays low and many sovereign wealth funds suspend new investments, it can feel as though asset managers in the MENA region are fighting a war too. In next year’s conference, we will see which have survived.